You are here: Home / Family Holiday News / 10 Things to know about eating out in France

1.The French take their food seriously. In a land of three-course lunches, three hour dinners and mandated 35-hour work weeks, the French spend as much time and energy eating and drinking as they do working. 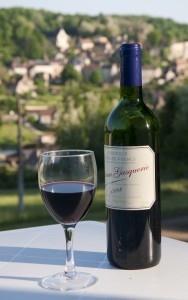 2.You’ll be offered an aperitif, wine and a digestif with just about every meal. Possibly excepting breakfast.

3.You can choose to eat in a (a) Restaurant where you can get a complete meal, and will often find price fixed menus. (b) a Brasserie which tends to have pub-style, hearty food—French style of course, which means anything from steak to salads and croque monsieurs. (c) a Bistro: small, family run restaurants. (d) a Café: basically an establishment that serves all kinds of drinks, from coffee to aperitifs. They will sometimes also offer sandwiches and desserts. (e) Bar: you’ll find coffee and pastries here in the mornings and boozy drinks the rest of the day.

4.If you want tap water, ask for eau nature or carafe d’eau. Bottled water is often bubbly and is referred to as gazeuse.

5.Soft drinks tend to be really expensive at cafes in France. In fact, you’ll often save money by opting for wine or beer. And if you have kids ask for a ‘syrup’ – ‘syrup fraise’ being my daughter’s favourite.

6.Don’t rush through a meal. Either at a restaurant or if you’re a guest in someone’s house. It’s just not the done thing. If you are hanging around when you’re finished and waiting for the bill, be patient. It’s the ‘laissez-faire’ attitude.

7.Contrary to popular belief, servers don’t expect a tip in France. This probably explains why the service typically isn’t great. If you are pleasantly surprised by the service, a 5-10% tip will not go unappreciated. 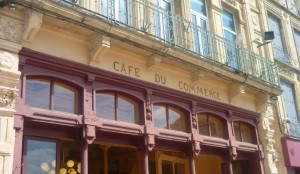 8.Coffee (café) in France will be served as an expresso unless requested otherwise. Otherwise ask for a café au lait or a ‘grand crème’ for a creamier coffee. If you order a cappuccino you’ll probably get whipped cream as the topping as oppose to frothy milk.

9.Don’t be a vegetarian in France. Your options are limited.

Handpicked holiday homes in France all with private pools

Glamping and Treehouse Holidays in France
Scroll to top