You are here: Home / Family Holiday News / 11 things to know when travelling to France 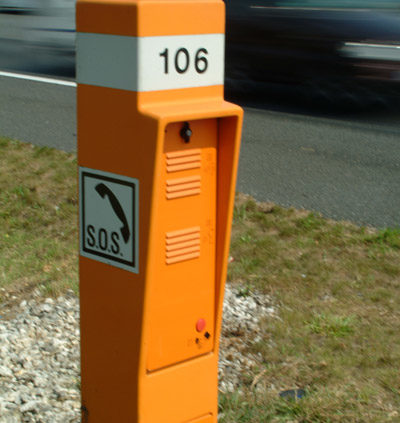 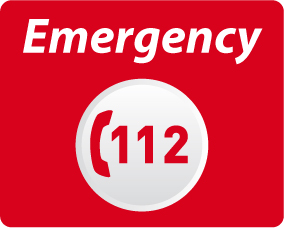 1) The emergency phone number in France is 112.

2) New for 2015 – all drivers and motor bike riders are not allowed to use mobile phones with headsets or ear pieces whilst driving, be it for listening to music or for phone calls. However, this does exclude motorcycle helmets that have integrated systems.

3) Following our trip to France in the summer we found that the migrant crises at Calais was not as bad as we expected.  You will be hard pressed to come across any migrants or see the migrant camp when travelling through Calais, the camp itself pretty tucked away. Saying this, we’d probably recommend to travel during the day to avoid any night time incidents.

4) As of January 2016, motorcyclists will be required to have reflective jackets to be worn in the event of a breakdown or an emergency.

5) Get yourself a free European Health Insurance Card (EHIC) before you travel. If you already have an EHIC, make sure it hasn’t expired. 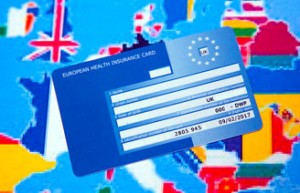 6) Some medical costs aren’t covered by the EHIC so you should also take out comprehensive travel and medical insurance before you travel. When our son broke his arm, the hospital were very keen to have details of a full insurance cover. Your travel insurance company will probably also want to know your EHIC details when you make your claim.

7) Speeding can result on the spot fines. Speed cams are usually well signposted in advance, but keep your eye out for mobile police vans. The maximum speed on autoroutes is 130kph (80mph) in good weather and 110kph (68mph) in poor weather. Monsieur Hollande is reportedly bringing in legislation to make it easier to track down foreign drivers who speed on French roads, so we need to lose the complacency regarding speed cams.

8) Speaking of speeding, in-car radar detectors and satellite navigation systems warning of the presence of speed cameras or radars are illegal whether in use or not. (Seems a bit unfair!) 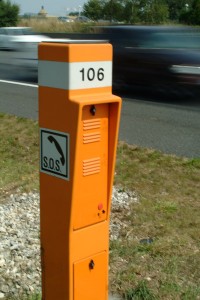 to French law, you can’t get assistance from your own breakdown company if you break down on a motorway or toll road. You’ll need to use one of the orange emergency telephones situated every 2 km along main roads and motorways. This call goes to the police or the official breakdown service operating in that area. You’ll be towed to a safe designated area where you can then be met by your breakdown provider. Charges for assistance on a motorway are fixed by the Government.

10) Children under the age of 10 are not allowed to travel on the front seats of vehicles without using a special child restraint, unless there is no rear seat in the vehicle, or the rear seat is already occupied with children under 10, or there are no seat belts.

11) And finally, here’s the list of items you are legally supposed to have in your car:

• Reflective jackets (must be kept inside the vehicle, within reach)
• Warning triangle (compulsory in every vehicle with 4 wheels or more)
• Headlamp beam deflectors (Depending on your car, you will either need deflector stickers or have to adjust the beam manually)
• GB sticker if you don’t have GB on your number plate.
• Breathalysers/alcohol test (As of January 2013 the French government announced that the introduction of an €11 fine has been postponed indefinitely, so you won’t be fined if you don’t have one).

I want to ride my Bicyclette…