You are here: Home / Family Holiday News / Orléans and Joan of Arc 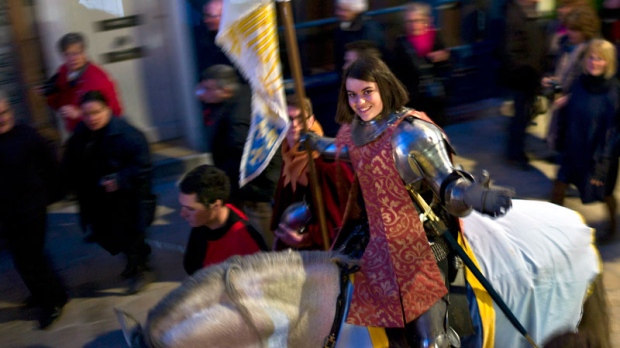 Visit the house of French heroine Joan of Arc and see her story told in the cathedral’s stained glass. Joan of Arc recaptured Orléans from the English in 1429 after an eight-month siege, and the city is now strongly associated with her name. But even before this, Orléans was the site of decisive battles. From the early days, when the city stopped the hordes of Attila, through the Wars of Religion and the Revolution, and finally during World War II, Orléans suffered much destruction. Its focus is now on industry, but it is also a lively university city. Visit the Orleans Tourist Information site

References to Joan of Arc abound in Orléans’ road names, house names, statues and museums. You can visit the heroine’s house, the Maison Jeanne d’Arc, in place du Général de Gaulle, which is now a museum dedicated to her life. The annual festival celebrating Joan of Arc’s lifting of the siege takes place from 1 May to 8 May, with a medieval market, a folklore parade, concerts and fireworks. Stained-glass windows in the dramatic Cathédrale Sainte-C 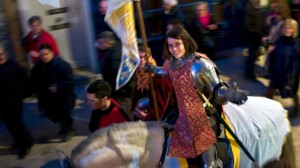 roix tell the story of St. Joan. The cathedral, overlooking the river Loire, took more than 600 years to build and has some fine carved panels.

Orléans was badly damaged during World War II, so much of it is relatively new. But there are still plenty of examples of impressive Renaissance architecture and half-timbered buildings. In the Renaissance Hôtel Groslot, on place de l’Étape, the sumptuous interior includes several remarkable pieces of furniture. The Musée des Beaux-Arts, at 1 rue Fernand Rabier, is also worth a visit.

To the south of the city is the Parc Floral de la Source. There are many attractions for children here, including an outdoor play area, an animal park and a small train

The best time to visit Orléans is the end of April and beginning of May, just as the weather is getting warmer and before the full flood of visitors. You can also enjoy the Joan of Arc festival (1 May to 8 May). Parking in town can be tricky so look out for the electronic signs that tell you which parking areas still have spaces.

Thinking of visiting the Loire Valley? Stay in one of our Gites