You are here: Home / Brexit 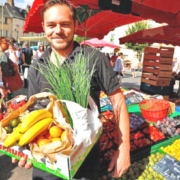 After a break of nearly three years Team FFF made their first tour to France this September… Since our last proper tour Brexit has happened, and the Pandemic has come and nearly gone. What changes did we notice?

Firstly we noticed France is still France…. the beautiful countryside, villages and towns of character, weekly markets – almost all the ingredients that the francophile looks for are still there.

Maybe the traditional double kiss greetings are either less restrained or absent, but most English always found this a bit forward anyway! The attitude to masks is much the same as in the UK – the numbers using them in public now dwindled to a very small proportion.

Airports and public transport appear to have returned to the previous free-for-all with signage requesting separation and respect largely ignored, and no vaccination paperwork required or requested.

The Brexit requirements on passports meant that one of our team, with a passport issued in April 2013 but not expiring until August 2023 aroused a quick additional check – remember, EU are accepting passports valid 10 years FROM ISSUE DATE with 6 months validity at least remaining…… NOT 6 months validity remaining as previously. Check well in advance of your departure date.

Travelling without animals meant that we didn’t have to go through the more formal and more costly measures now required to take your pet abroad: Kennels may well now be a more economic option for many. 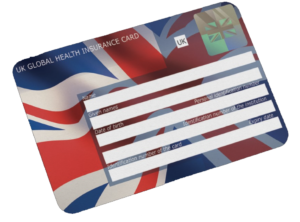 Likewise, we didn’t need to test our new GHIC Health cards – we welcome any feedback from our readers who have had to use their cards.

We guess the pandemic has been responsible for the increase in fast and takeaway foods: Many restaurants now offering ‘plats à emporter’ beside their eat in options, and quite an increase in the un-French pizza and burger takeaways. Similarly in the Supermarkets, ready meal offerings have expanded – but the delightful range of fresh foods sits steadfastly alongside and we hope that this will never change. It was a delight to visit a large Leclerc outlet on the outskirts of Toulouse to find giant cep mushrooms available straight from the wood – moss and dirt still attached. Ooooooh so tasty!!!!

And talking of supermarkets, it was a surprise to find that a good percentage of the supermarkets in small towns – particularly Intermarché – are now open right through lunchtime, instead of closing from 12 – 2 which had often been an annoyance if we were looking for a quick bite on the hoof!  First Sunday morning opening…. and now lunchtimes too… the fingers of New World commercialism continue to gradually invade the unique French charm and character.

This in turn only serves to increase the average age of those shopping at the markets, and our crystal ball is seeing a finite future for the marchés as we know them.  Hopefully something will happen to reverse this trend.

Our favourite photographers were kept at bay, despite the reduced speed limits on major roads. and although the situation is currently rather different, we enjoyed the cheaper and readily available fuel, thanks to French Government subsidies. 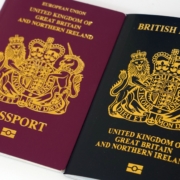 We have been so concentrated on the Pandemic for the last couple of years that the changes agreed during the Brexit Negotiations have slipped into force almost un-noticed . This is a summary of the changes that travellers need to be aware of.