You are here: Home / Views 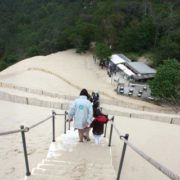 France is full of unforgettable views from river valleys and mountain tops to perched villages and iconic monuments. France specialist Gillian Thornton lists 10 of her favourite panoramic perspectives – all easily accessible to visitors.

Rising dramatically above the Rhône Valley south of Valence, the limestone plateau of the Vercors massif is a mix of steep ridges, deep valleys and spectacular caves.  Spectacular roads abound but my favourite is the Col de Rousset on the southern edge of the plateau.  Emerge through a tunnel to wind down a series of tight hairpin bends to the lavender fields of the Drôme Valley and the historic small town of Die. 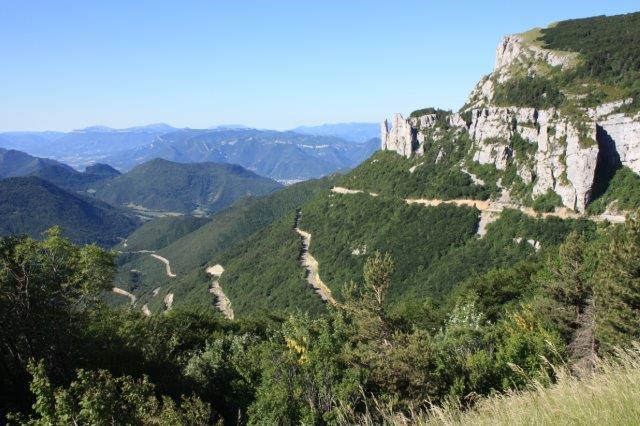 The Regional Nature Park of the Auvergne Volcanoes stretches for almost 60 km from north to south, west of Clermont-Ferrand.  For the ultimate view, treat yourself to a hot air balloon trip, but for a cheaper alternative catch the electric train to the top of  Puy de Dôme, 1465m above sea level.      The journey takes 15 minutes one way and operates all year round.

Find accommodation in Limousin and Auvergne.

Bonifacio from the water

France’s most southerly town, Bonifacio in Corsica is famous for its Old Town, perched on a narrow promontory dividing the Mediterranean from a narrow, sheltered harbour.  For sheer in-your-face grandeur, view this triumph of engineering from one of the cruise boats that leave regularly from the marina.  Then just marvel at how medieval houses several storeys high are still clinging to the edge of a sheer cliff. 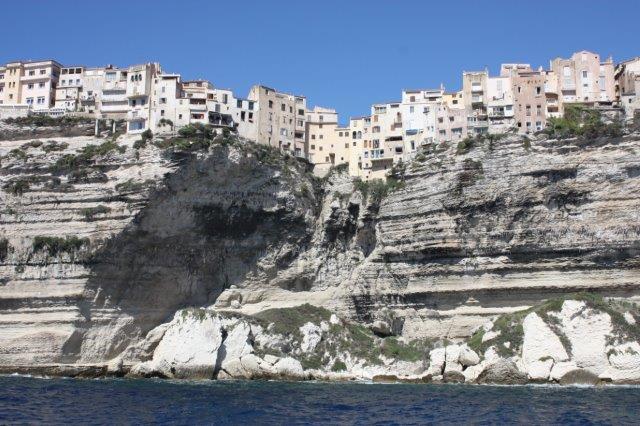 I love looking down on Place de l’Etoile from the top of the Arc de Triomphe to see the star of streets that radiate out.  But best of all has to be that Napoleon’s triumphal arch viewed from Place de la Concorde.   Your eyes are drawn up the rise of the Champs-Elysées towards the towering monument that stands against an ever-changing backdrop of high rise, modern buildings..

No visit to Nice is complete for me without a trip up Castle Hill.  Wind up the path – or take the lift – to the hilltop café, gardens, and ancient fortifications, pausing to look back over the terracotta tiles of the Old Town and the chic shoreline of the Baie des Anges. Then cross the flat summit to gaze down on the yachts of the rich and famous before heading down for lunch at a quayside café.

Find gites in the south of France. 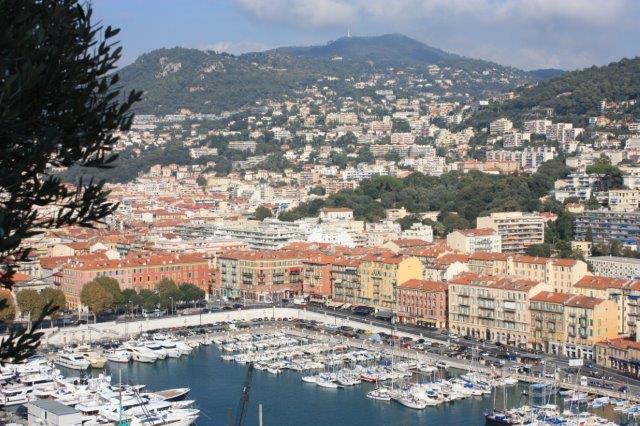 Two thousand years after the Romans settled around the confluence of the Rhône and Saône, their twin hilltop theatres are still used for summer festivals.  Stand on the nearby terrace of Fourvière basilica for a view that takes in the Renaissance Old Town; the 18th century squares and boulevards of the peninsula; the 19th century silk district; and the contemporary business and retail area.

Find gites in the Rhone Alpes.

On a clear day, they say you can see a quarter of France from the summit of Mont Mezenc, some 1800m above sea level between Privas and Le Puy-en-Vélay in the Monts du Vivarais.  A touch ambitious perhaps, but it’s a humbling panorama all the same.  Mont Mezenc is a natural watershed dividing the rivers which flow into the Atlantic and those which end up in the Mediterranean.   The river Loire starts its 1020-km journey to the Atlantic just 8 km away on the slopes of the Gerbier du Jonc.

Mont St Michel from the sands

Big skies, big views and big sands, that’s what you get on a barefoot walk across the Bay of Mont St Michel.  Don’t even think about going it alone though – it takes expert knowledge to read the patches of treacherous quicksand and understand the speed of the incoming tide.   Guided group leave all year round, times varying with the tides, and purists will tell you the bay is at its most atmospheric in winter. 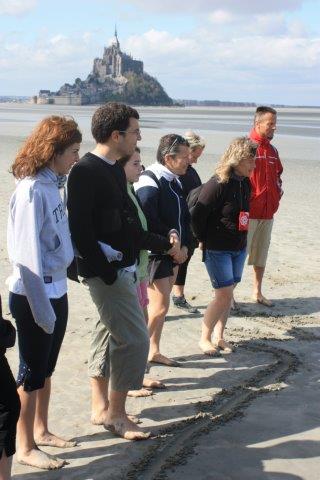 The Millau Viaduct from the river Tarn

I don’t normally go a bundle on bridges but was bowled over Sir Norman Foster’s fabulous viaduct over the broad Tarn valley outside Millau.  Surprised too that I could spend a day getting to know it and not get bored.  Go to the visitor centres on either side – one at bridge level, one below – but best of all, take a ride in a flat-bottomed boat along the Tarn from Creissels on the outskirts of Millau and view this 21st century masterpiece of engineering from water level. 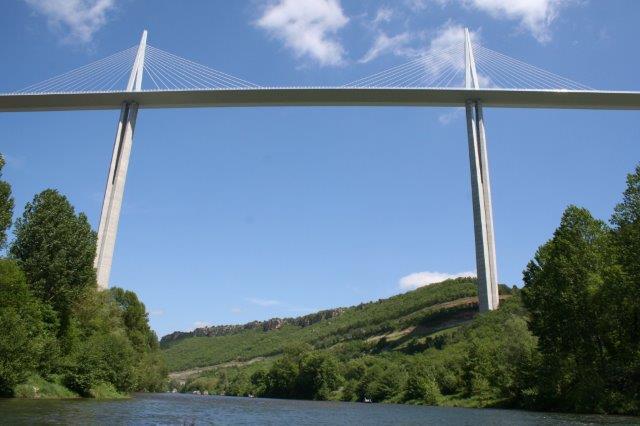 9 km from Arcachon on the coast of Aquitaine, the Dune du Pyla is Europe’s highest coastal sand dune.  Here sand blown from the Atlantic piles up in a ridge more than 100 m high, its progress inland halted abruptly by the vast pine forests of Les Landes.  Climb the wooden ladder for a view of the Arcachon basin, spread out to the north as though someone has taken a triangular bite out of the coastline.  Awesome stuff.

Search for gites in Aquitaine. 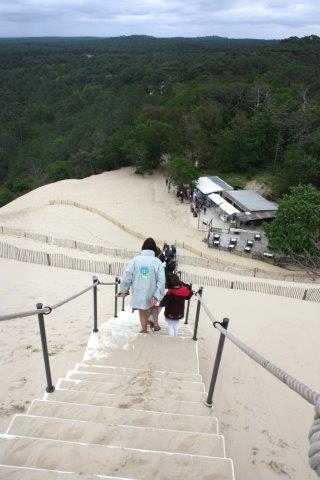