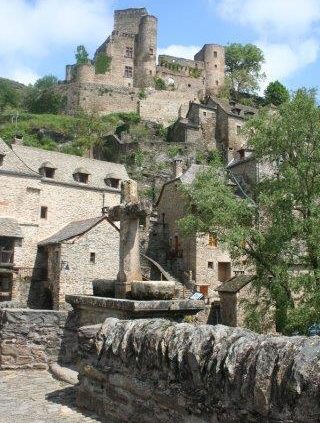 France is dotted with stunning small villages, each one reflecting local history, architecture and tradition. Here, France fan Gillian Thornton picks out some favourites amongst the 156 members of the elite association, Les Plus Beaux Villages de France.

Want somewhere to stay? Search our list of gites close to Les Plus Beaux Villages.

We know we’re in for a treat when we see the familiar Plus Beaux Village logo with the green church spire and red flowers at the entrance to a French village.  Communities must have fewer than 2,000 inhabitants to be eligible for membership, as well as two protected historical sites or monuments.

If the majority of the population agree, the village can ask to be inspected and judged against a list of nearly 30 criteria.  Only around 1 in 5 will past the test and membership isn’t for ever – those who fail to maintain standards can be declassified.

Every village has its own special atmosphere, but after visiting more than half of those listed in the current handbook, these are ten of mine:

It was here in 1981 that the then mayor, Charles Ceyrac, launched the idea of an association to safeguard and promote France’s most beautiful and historical villages.  Today, Collonges-la-Rouge is still one of the best – and most unusual – with its red sandstone buildings, tempting craft shops and narrow alleyways. 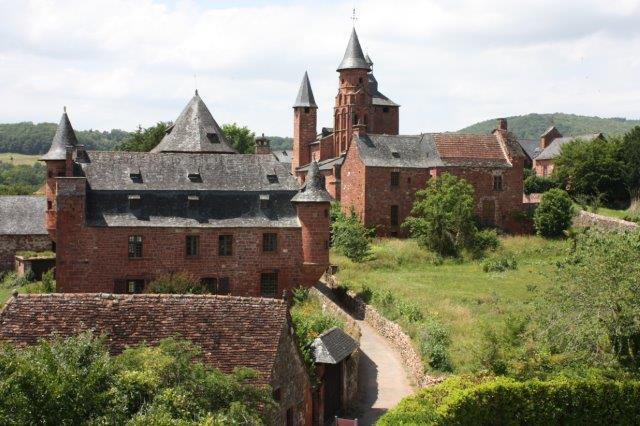 Dominated by a hilltop chateau, this cluster of honey-coloured stone cottages lines the banks of the tranquil river Allier, just before it flows into the Loire at Nevers.   Visit the glorious Parc Floral beneath the chateau (not open) with its lush plantings, ornamental lake and picturesque cottages.  Then soak up those lovely river views from the chateau terrace. 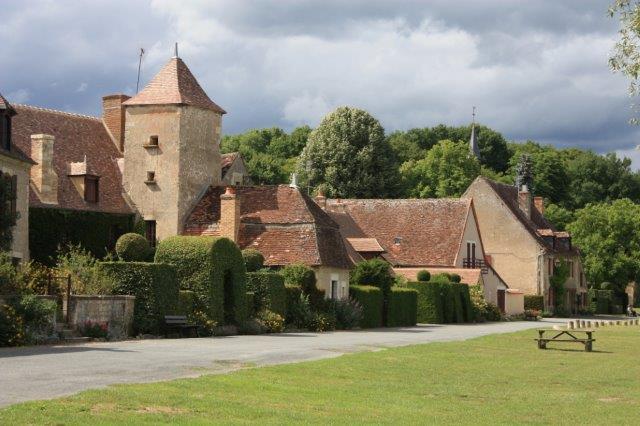 Perched on a cliff above the Garonne, Auvillar became rich by extracting tolls from river traffic, until the building of canals and railways turned it into a sleepy backwater. But today, craft shops and cafes have given the village a new lease of life.   Browse the boutiques then relax at a table in the triangular main square with its unusual circular Grain Hall, location for the Sunday-morning produce market.

Aveyron boasts more Plus Beaux Villages than any other département, including Conques with its magnificent church and cloister, and the Knights’ Templar village of La Couvertoirade.  But I’ve a soft spot for Belcastel which is less well known but boasts a tranquil riverside setting, an excellent hotel-restaurant (Le Vieux Pont), and a partially ruined hilltop castle which is now home to – of all things – an art gallery of comic strip characters. 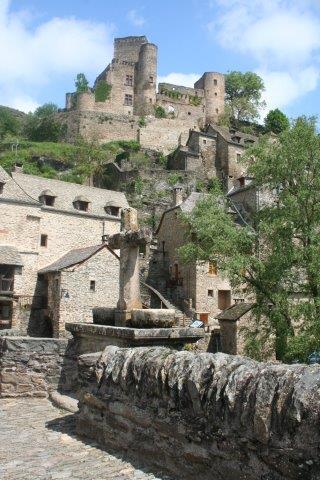 Perched on the north-east corner of the Cotentin peninsula, Barfleur was the leading Anglo-Norman port in the Middle Ages.  Look out for the plaque commemorating the departure of William the Conqueror on a rock beside the quay and enjoy tranquil views of the granite harbour and cute church from the path that skirts the harbour.

The traditional whitewashed houses and red-painted timbers of French Basque Country give this unique area a permanently upbeat air, and the colour scheme doesn’t get any better than at La Bastide-Clairance, a traditional 14th century bastide town of the Middle Ages built on a grid system around a central square.   Permanent craftsmen ensure that this is a village for all seasons, not just a summer outing. 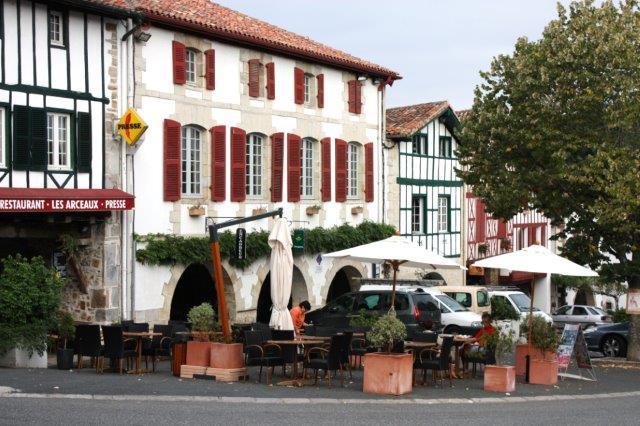 Visible from afar across the vineyards of the Luberon, Gordes is one of the showpiece perched villages of Provence, much photographed for layer-upon-layer of houses that spill down its steep slopes.  For a real sense of both atmosphere and location, wind up the narrow streets from the valley floor on foot, but resist buying drinks in the popular hilltop square – surely the most expensive glasses of Orangina in France!

Set in the heart of the Golden Stones area of the Beaujolais vineyards, the distinctive yellow stone of Oingt glows a different colour according to the weather and time of day.  Founded on a hilltop above the Azergues valley in Gallo-Roman times, Oingt was a powerful player in the Middle Ages with a chateau and fortified gates.   Today, it’s the showpiece village of an area dotted with pretty communities. 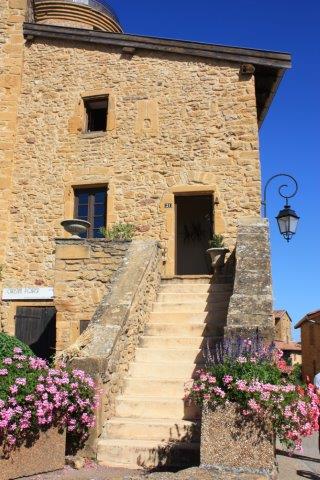 Narrow streets, half-timbered houses, Renaissance facades … and did I mention the ruined castle, the panoramic river views, and bustling restaurants?    Saint-Cirq-Lapopie really does have it all, with visitor numbers to match.   But don’t let that put you off.   Visit outside peak times and you can still have this exquisite village virtually to yourself.

An 11th century Benedictine abbey was the starting point for this gem of a village, the only one in Auvergne to have retained its Romanesque cloister.   Religious treasures include wall paintings inside the church and refectory, but it’s the spiritual setting here that stands out for me.  Just enjoy the views over the quiet valley of the Senouire river – ‘La Vallée de Dieu’ – which gradually morphed into Lavaudieu.   Glorious! 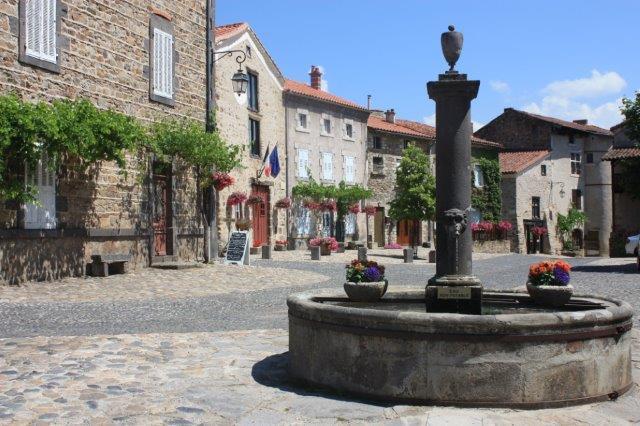 For details of all member villages in the association, visit: www.lesplusbeauxvillagesdefrance.org.