Why is Bastille Day the French National Holiday?

Similar to Guy Fawkes Day on November 5 in the UK and Independence Day on July 4 in the United States, Bastille Day celebrates the anniversary and ongoing protection of democracy in France

During the 18th Century pressure against France’s all-powerful rulers had been brewing for decades. The French Revolution began in earnest in 1787 amid a severe economic crisis and an ineffective out-of-touch king, Louis XVI, and his wife, Marie-Antoinette.

The Storming of the Bastille

On July 14, 1789, anti-Monarchist forces in search of gunpower and weapons stormed the Bastille, a medieval fortress in central Paris, and freed its prisoners.  Although only seven prisoners were incarcerated, all for non-political reasons, the Bastille’s past as a prison for political dissidents  meant its fall held great symbolic meaning to the Revolutionaries.  While the Bastille was being stormed, Royalist troops stood by without intervening – a signal seen across Paris and the rest of France that Louis XVI no longer fully controlled his army.

A few weeks later, on August 4, 1789, the French Assembly adopted the “Declaration of the Rights of Man and of the Citizen,” which officially abolished feudalism and adopted a system based on equal opportunity, freedom of speech, and a representative government – thereby undermining the power of the monarchy.

The French monarchy thus came to an end, and Louis XVI and his wife were executed by guillotine on La Place de Concorde, a short distance from La Bastille a little over two years later. This cleared the way for the modern French republic that we know today to develop. 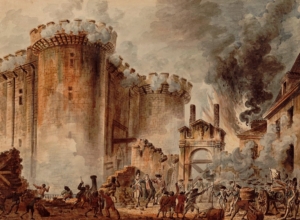 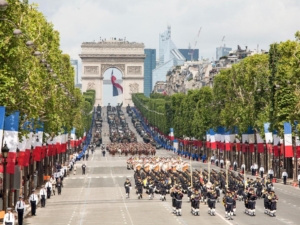 The first Bastille Day parade to commemorate the momentous event took place in 1780, a year after the storming of the prison, making it the oldest military parade in the world.  The parade has continued every year since, except during the years of the Nazi occupation during World War II and in 2020 as the coronavirus pandemic made its own assault on Parisians.

Modern celebrations include a major military parade down the Champs Élysées in Paris, and a spectacular firework display late in the evening. All over France parties are held with fireworks and other activities to honour the memory of those who fought for the cause of democracy, and to mark another year passing.

So if you are in France on Bastille Day, join in the festivities and raise a glass to salute France’s hard-won democracy, and remember the national slogan: 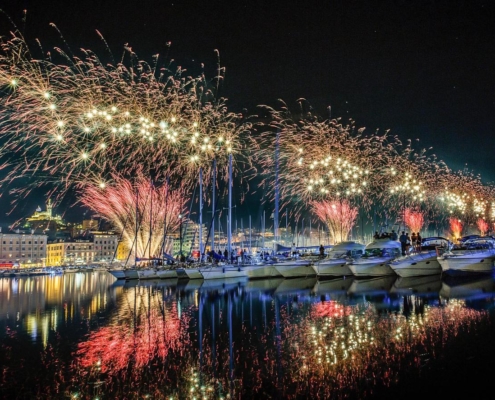 Travel to France and the EU post Brexit – some reminders!