You are here: Home / France / Family holidays to Picardy

There’s a lot to like about Picardy. Maybe primarily that it remains somewhat undiscovered by the masses. Perfect for the Brits, it’s within very easy reach of the northern ferry ports and offers a family holiday in France at non-touristy prices – great for those ice-cream and coffee stops!

Picardy consists of three departments, the Oise, capital Beauvais; the Aisne, capital Laon, and the Somme, whose capital Amiens, is also the regional capital. There’s plenty to see and visit here and is near enough to Paris to make day-tirps to the French capital relatively easy.

Here are six of our favourite reasons to holiday in Picardy 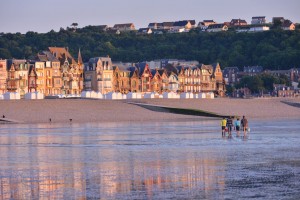 Picardy offers some beautiful beaches and because they are less well-known than the more popular coastal resorts they are ideal for a less frenetic summer destination.

Picardy’s seven beach resorts lie along the beautiful Bay of Somme. There’s a mix of sandy and pebble beaches along the coast and all offer various activities such as swimming, kite surfing, sand yachting, sail boarding and sailing catamarans.

Fort-Mahon-Plage lies at the northern tip of the Picardy coast, beside the Bay of Authie, and offers a long, wide, sandy beach whereas Cayeux-sur-Mer has a long pebble beach, with a mile-long wooden walkway, edged with 400 brightly painted beach huts. The harbour is home to a large colony of seals. Mers-les-Bains is one of Picardy’s most beautiful towns, with 300 historic Belle Epoque-style vacation villas that were built during the 19th century for wealthy Parisians. The beach is a premier wind-surfing venue and the beach is patrolled by lifeguards in the summer.

Other beach resorts include Le Crotoy, once an important fishing port, Saint-Valery-sur-Somme, a picturesque town with a sandy beach and finally the family favourite, Quend-Plage-les-Pins, which has more than nine miles of sandy beach and and holds an E.U. Blue Flag award for cleanliness. 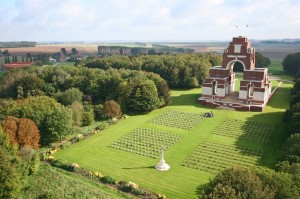 This area is renowned for various battle sites and monuments, from both World War I and World War II, plus previous action.

In the Somme area you must visit Albert, Thiepval where there are sites and monuments to the victims of the Great War, notably the Battle of the Somme.

In the Aisne area at Corbeny, near Laon you’ll find the Caverne du Dragon – asystem of underground caves and workings used by troops on both sides in the First World War.

Head to the Clairière de l’Armistice in Compiègne, the site of the signing of the 1918 Armistice, that put an end to the first world war. On display is a reproduction of the railway carriage in which the Armistice was signed. 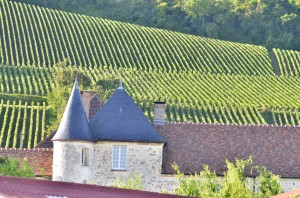 towns
Laon is an attractive old walled city perched on a hilltop overlooking the surrounding plains. Take a look at the fine early gothic cathedral (1150-1180) with remarkable stained-glass windows. One thing to surely keep the children happy is the funicular railway from the train station up to the town hall.

St. Quentin is a small town famous for its gothic basilica, largely rebuilt after the first world war. Also famed for its ensemble of art-nouveau buildings, also put up during the post WW1 rebuilding. The Musée Lécuyer has a major collection of works by the 18th century portraitist Quentin Latour. 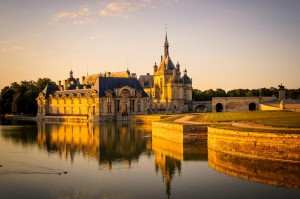 Chantilly will take your breath away with it’s fairytale setting. A magnificent chateau, rebuilt in the 19th century, it houses a museum and is set in fine gardens and parkland that includes a famous racecourse and a picturesque lake.

A storybook vision amid an artificial lake and magnificent gardens, the Château de Chantilly contains a superb collection of paintings within the Musée Condé.

The children will love the little train that tours the estate, plus you can hire four-person golf carts – great fun for dad!

The Chateau de Compiègne was built as a royal residence for Louis XV and restored by Napoleon. Compiègne was one of three seats of royal government, the others being Versailles and Fontainebleau. It’s good value for money as a visitor attraction as you will find three distinct museums within the chateau: the apartments themselves; the Museum of the Second Empire; and the National Car Museum (Le Musée de la Voiture), founded in 1927, with a collection of carriages, bicycles, and automobiles. 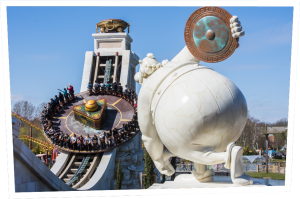 Astérix, although perhaps little known by the Brits, is one of France’s most visited theme parks, bringing to life the world of Asterix the Gaul and his friends. A cheaper day out than Disney, it offers plenty of thrills and spills with roller coasters, water rides and various shows featuring well-known Astérix characters.

Mer de Sable in Ermenonville is a wild-west theme park, with plenty of rides and attractions which probably suits the under 12 age group, (any older and we would recommend going to Parc Astérix instead). There’s no ‘thrilling’ roller coaster here, it’s more of a place to enjoy a nice sunny day in a rather beautiful place. This Picardy theme park has different zones to visit, themed by desert, jungle and gold rush, each having shows and rides and we can recommend the exciting rodeo show. Again, the entrance fees among the most reasonable ones while almost all activities are free once you are in the parc.