You are here: Home / Family Holiday News / Brexit myth-busting for holidays to France

Brexit myths – heard about the one where Brittany Ferries has cancelled 10,000 crossings and planes will not be able to fly into EU country airports?

There’s a lot of articles in the news about how holidays to France will be affected following the impending Brexit date of March 29th, 2019.  So here are the facts as we know them.

This is an initiative from the Department of Transport to help ensure critical goods are still able to be transported safely and swiftly in the event of a no-deal Brexit. Brittany Ferries (as well as other ferry companies) were approached by the Department for Transport to assist with this initiative.

The contract guarantees space on some of Brittany Ferries ships and Channel routes for the delivery of critical goods post-Brexit, like medicines. It has been described as a kind of insurance, or safety net, to help ensure the smooth transit of these critical goods in the event of a no-deal Brexit after the 29th March.

In order to create this extra capacity, Brittany Ferries will use their ships in their existing fleet more intensively. The routes and ships earmarked are:

Consequently Brittany Ferries have amended  their 2019 schedules for these routes and are communicating the changes to anyone who has already booked a crossing.  Brittany Ferries are at pains to stress that the changes are minor ones and that no one should lose their holiday booking

Check the date your passport expires. When travelling to the EU after 29 March 2019, the UK government recommends that you have six months left on your passport on the date of your arrival to an EU country.  You will not have to apply for a new passport for travel to France if you still have a current EU passport.

In the event of a deal, EHIC cards will be valid during the 18 month transition period. In the event of a no-deal Brexit, UK registered EHICs are unlikely to be valid. Don’t forget that an EHIC is not a replacement for travel insurance. It is always best to be covered when travelling abroad and ABTA recommends you take out a comprehensive travel policy before making any trip.  It is also worth checking the detail of the policy around travel disruption including delays or cancellations as policies do vary.

In addition to your UK driving licence, the government is advising that from 29 March 2019, in the event of no-deal, you may need an International Driving Permit to drive in certain EU countries.

There are different type of permits for different countries, and each costs around £5.50. So you need to make sure you have the right permit for France and/or for Spain for example. For more information please visit the government’s webpage on International driving permits for UK drivers from 28 March 2019. 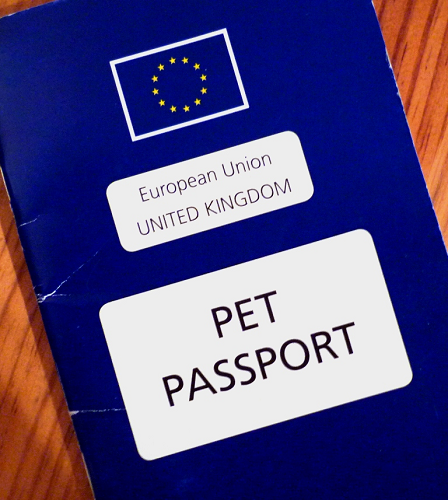 Yes. After 29 March 2019, you will still be able to travel with your pet to Europe whether a deal is reached between the United Kingdom and the European Union on the terms of exit, or not. However, in a no-deal scenario, you will need to take some additional steps.

Importantly, you may need to visit a vet some months in advance of travel, for certification and relevant vaccines. Read more about taking your dog to France here.

The government advises a few scenarios on data roaming depending on whether or not a deal is secured. But, fundamentally, the UK government has committed to capping data roaming charges in a worse-case (no deal) scenario.

UK citizens can be reassured that regardless of the Brexit outcome planes will still fly between the UK and the EU: if a deal is agreed then we will be in a transition period, meaning everything will stay the same until the end of December 2020 and flights will continue as normal. Even if we are in a no-deal scenario, the European Commission has said that UK airlines will still be able to operate flights between the UK and the EU. The UK government has offered similar assurances for EU airlines.

There is nothing to suggest that you will not be able to continue with your holiday plans after 29 March. Even in a no-deal scenario, the European Commission has said flights to and from the UK will still be able to operate.

If you book a package holiday, your holiday will be protected under the Package Travel Regulations, meaning you have a right to a full refund if your holiday can no longer be provided.

The UK Government has confirmed that the Package Travel Regulations will remain in the UK law when the UK leaves the EU.