You are here: Home / France / Six reasons to visit the… Pyrénées

Sous Les Étoiles – quality gîte for 6 with heated pool and family friendly features Sous Les Étoiles (Under the stars) is set on the edge of a sleepy hamlet about 4km from the busy Lot town of Montcuq.  Featuring 3 bedrooms for 6 people, there is a range of activities and facilities for families of […]

This beautiful gite offers an excellent base from which to explore this unspoilt area of South West France. It is very accessible via low cost airlines flying into Toulouse, Carcassonne and Rodez. La Bastide has three choices of fully equipped self-catering gites: The Farmhouse, The Grange and The Cottage. All guests have use of a […]

La Bastide stands in 4.5 hectares of meadows in a peaceful wooded valley and is an excellent base to explore this unspoilt area of South West France. It is very accessible via low cost airlines flying into Toulouse, Carcassonne and Rodez. La Bastide has three choices of fully equipped self-catering gites: The Farmhouse, The Grange […]

The Cottage nestles within the grounds of La Bastide which is 4.5 hectares of meadows in a peaceful wooded valley and an excellent base from which to explore this unspoilt area of South West France. It is very accessible via low cost airlines flying into Toulouse, Carcassonne and Rodez. La Bastide has three choices […]

Pech d’Auzonne – Ideal getaway for a family of 4

Pech d’Auzonne , a delightful family gite in Lot, is one of 60 properties in this area of France managed by HL Holidays, formerly Halcyon Leisure. It is a delightful little house in a tiny hamlet near the village of Escayrac. Thoughtfully renovated by the Owners, the property retains many original vintage features, and the […]

Vintage Travel offer you handpicked holiday villas in unspoilt locations. Their properties range from authentic, historic houses in rural areas to contemporary homes close to beaches; from cottage hideaways for a honeymoon to villas large enough for several families or a group of friends on holiday together. Use these links to view the Vintage Travel […]

“When the children are happy we all have fun’’ Their motto for the past 20 years, they are a small family run gorgeous cluster of gites and lodges in south west France offering an abundance of baby/toddler and children’s toys and facilities including pools, play barn, pirate ship, space rocket and fort, and all in […]

Featured in The Pyrénées 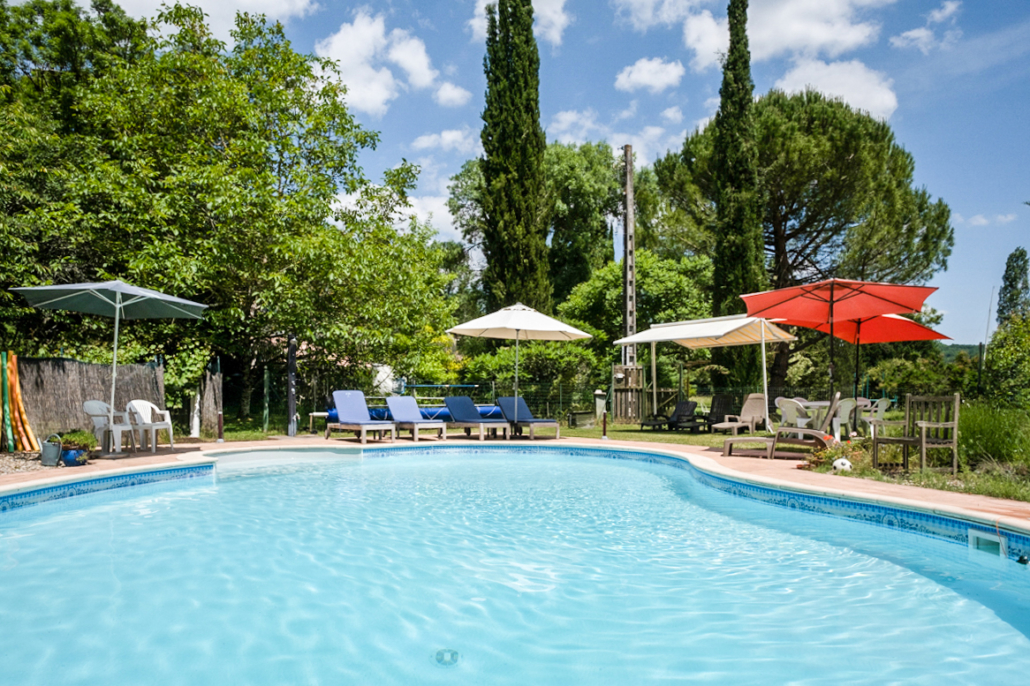 Family holidays in the Midi-Pyrénées

Why choose a family holiday to the Midi Pyrenees? This little known area of France is the place for intrepid explorers! Fabulous for walking, hiking, climbing, canoeing, cycling it also offers a great selection of historical places of interest as well as some great amusement parks if you want to treat the kids for a day!

It’s also the perfect place to get away from it all, with breath-taking scenery and a very relaxed ambience. Perfect for 2021 holidays!

Head inland from the famous French coastal towns and you’ll discover a new type of holiday away from the madding crowds. The eight departments of Midi-Pyrénées in south-west France offer some of the country’s most spectacular inland scenery, from meandering rivers to high mountain peaks.

Gone are the long traffic queues sometimes associated with holidays next to popular beach resorts; here’s you’ll discover hidden villages, medieval towns with castles and ramparts, magical history and breath-taking scenery.  You can meander from village to village and discover attractions you never knew existed in this quiet and unassuming area of France.

Since 2016, the Midi-Pyrenees has been merged with the Languedoc to create the new region of “Occitanie”.  It incorporates eight departments, which are Ariège, Aveyron, Haute-Garonne, Gers, Lot, Hautes-Pyrénées, Tarn and Tarn-et-Garonne. 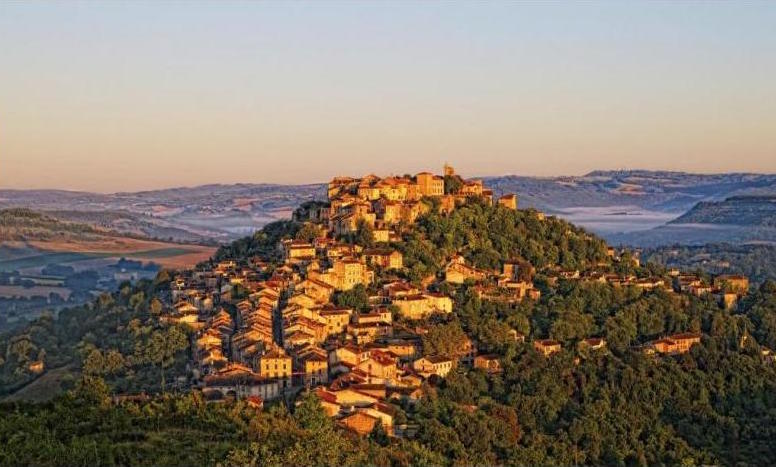 Sites to fire the imagination

Wherever you go in the region, you’re never far from one of its spectacular Grands Sites, a collection of natural and man-made locations that are guaranteed to fire the imagination.

Tour the visitor centre for the fabulous Millau Viaduct and take a boat ride beneath the bridge along the Tarn; cycle the tow path of the Canal du Midi; and visit historic small towns such as Cordes-sur-Ciel, Rocamadour, and Conques.

Take to the water

Rivers play a huge role in the life of the region, the Dordogne cutting across its northern fringe, with the meandering Lot Valley to the south. Take a cruise excursion with commentary to find out about local flora, fauna and history, and visit the spectacular village of St Cirq-Lapopie, perched above the Lot and voted France’s favourite village. You can also hire canoes for a duck’s eye view. Slicing across the region from west to east is the Canal des Deux Mers which links the Atlantic to the Mediterranean, with the iconic landscape of the tree-lined Canal du Midi winding eastwards from Toulouse. Take a guided cruise or play admiral at the wheel of a self-drive boat.

The department of Ariège in the Pyrénées shelters some of the world’s most important cave art. Walk by torchlight inside the mountain to marvel at original paintings of bison, horses and other beasts in fabulous the Grotte de Niaux, and get the full story of the people who roamed here 10,000 years ago at the Parc de la Préhistoire in Tarascon-sur-Ariège.

Further north in the Lot Valley, don’t miss the cave formations and prehistoric artwork at Peche-Merle or the chance to take a boat ride on an underground river at the Gouffre de Padirac.

The Gouffre de Padirac is a fabulous cave 103 metres below ground, located 8 kms from Rocamadour, and it is France’s most frequently visited chasm and one of the most fascinating in Europe.  Enjoy a 1.5 hour tour, complete with boat ride. 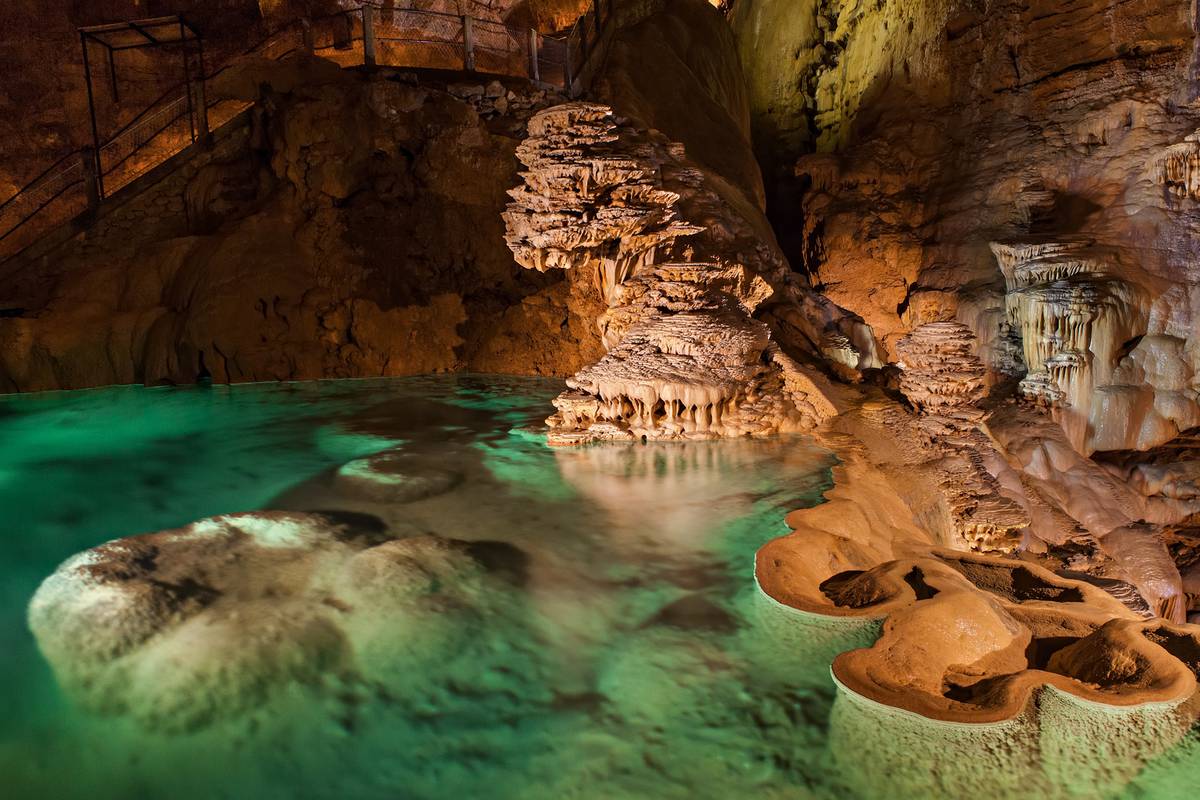 Step back into the Middle Ages

Like a good Medieval castle? There are plenty to choose from across Midi-Pyrénées, which has played a key role in conflicts across the centuries. Let young imaginations run riot from the battlements in Foix, seat of the powerful Counts of Foix in the Middle Ages, and at the hilltop fortress of Montségur, last stronghold of the Cathar church in the 13th century.

Visit the solid castles of the Hundred Years War that guard the Dordogne and Lot rivers, and take in beautiful medieval towns like Mirepoix in Ariège with its half-timbered buildings.

Midi-Pyrénées is home to some unique family-friendly museums such as the Cité de l’Espace in the red-brick regional capital, Toulouse. Enjoy life-size space craft, a planetarium, IMAX cinema and shedloads of interactive experiences. And learn about the fascinating history of written communications at the Champollion Museum at Figeac in the Lot Valley. Want to share some outdoor fun? Try an ‘accrobranche’ forest adventure circuit; a family trek with donkeys or llamas; or a gentle excursion on on a 4-person ‘vélorail’ – a pedal-powered cart that runs on a disused railway line.

The city of Toulouse

The city of Toulouse, lying more or less in the centre of the region, is by far the biggest city, with other large towns being Montauban, Albi and Castres.  Toulouse is known as the “Ville rose”, or pink city, on account of the warm colour of the local brick.  Places to visit include the cathedral, Canal du Midi, Place du Capitole,  Musée des Augustins and Fondation Bemberg gallery. 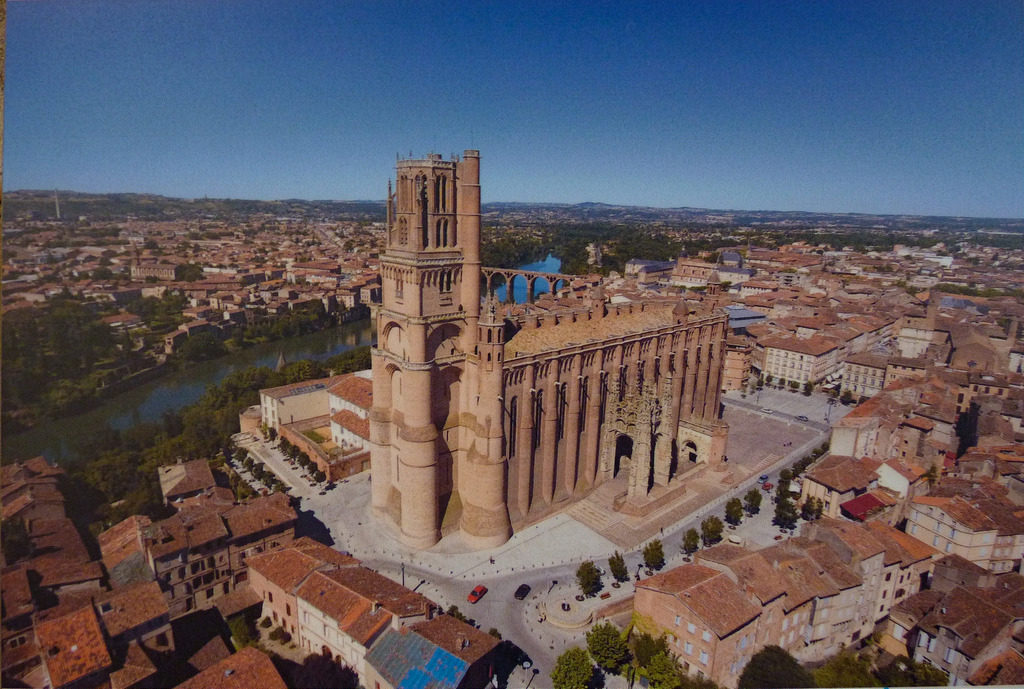 The ancient stones and narrow streets of rural France are reminders of a bygone age, and children used to shopping in British high street stores can enjoy the novelty of browsing independent shops and colourful weekly markets – every town and village has one – with their holiday euros. Involve them in the self-catering by buying fresh local produce to eat in your holiday home. Midi-Pyrénées boasts more than 30 villages classified amongst The Most Beautiful Villages in France, but rent a rural gîte and you can enjoy the atmosphere of village life all over the region from the winding river valleys of the north to the rolling countryside of the historic region of Gascony, which roughly corresponds to the modern department of Gers.

With a dramatic difference in weather between the summer and winter months, the Pyrenees are best visited between June and September (unless you’re going on your skiing holidays). However, in parts including the lowlands to the north of Lourdes the winters can be surprisingly mild, and holidays in October and November can be remarkably enjoyable particularly if you are walking or hiking. But in the mountains the winters are severe and throughout the year you should be equipped in case of poor weather, remembering that as you climb the temperature can drop significantly. You will find the weather in summer can be surprisingly warm although the western Pyrenees do get influenced by precipitation coming off the Atlantic.

Here’s more information to make the most of your visit to the Pyrenees: 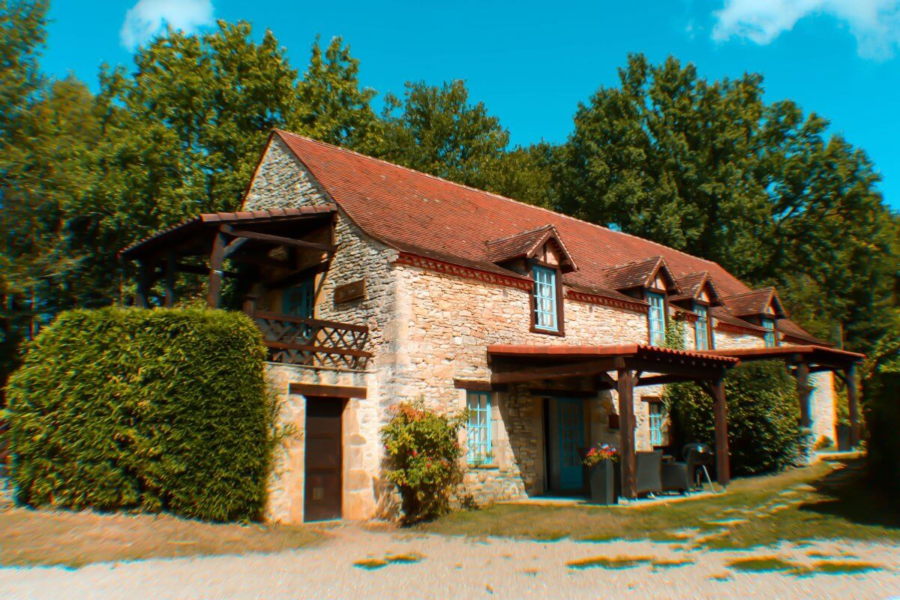 Fancy a holiday in the Midi-Pyrenees?  Search here for a range of comfortable gite, villa, house self-catering accommodation.

Search accommodation in the Midi-Pyrenees

this is sample text